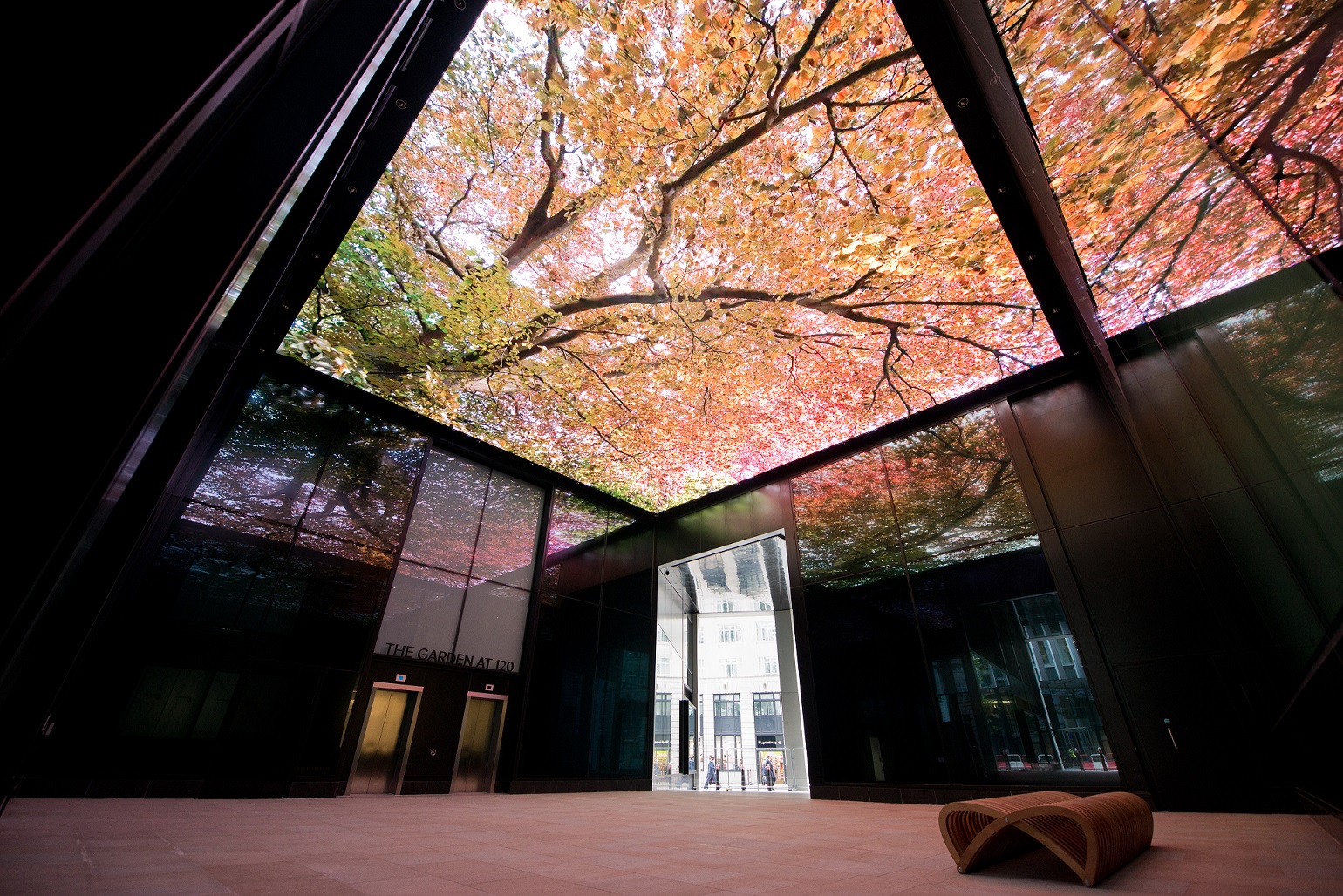 tvONE (tvone.com), a leading designer and manufacturer of cutting-edge video and multimedia processing equipment, are proud to announce that a CORIOmaster mini video wall processor is driving a spectacular 180m² LED screen housed in the ceiling of a passageway running through the center of Fen Court, a new 15-story office and retail development in the city of London. The stunning installation saw AV system integrator Sysco team up with UK distributor PSCo to install a 5mm pixel pitch LED ceiling driven by tvONE’s CORIOmaster.

Entering the passageway, which links Fenchurch Street and Fenchurch Avenue, passers-by are greeted by an impressive art installation in the form of a huge LED screen suspended from the ceiling. Live content feeds from two Axis 4K resolution outdoor grade cameras mounted on the roof of the building. Feeds from the cameras and media player are then routed to the LED display. The LED ceiling is driven by a tvONE C3-510 CORIOmaster mini, one of the most flexible and capable video wall processors on the market. 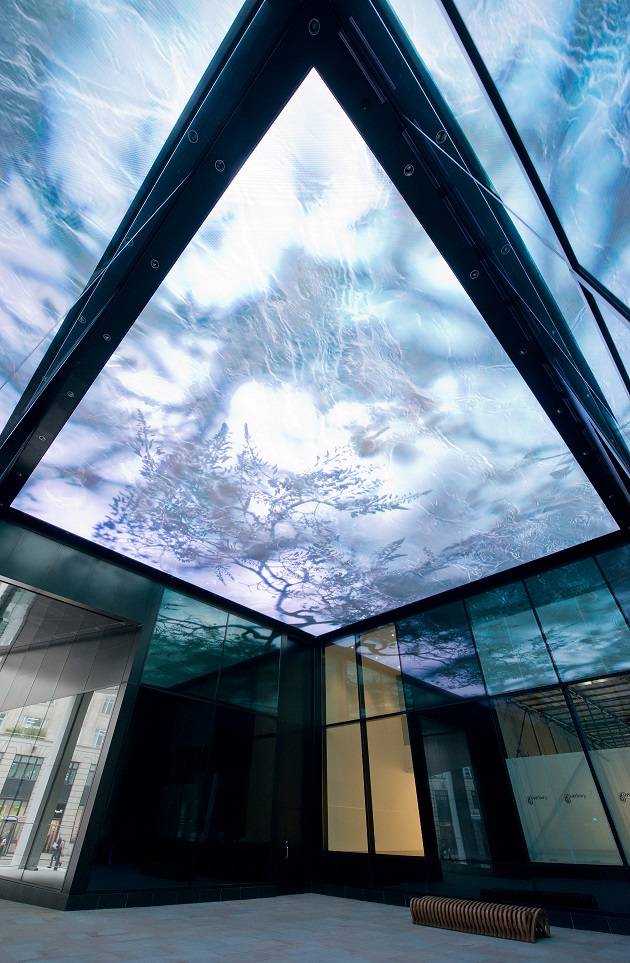 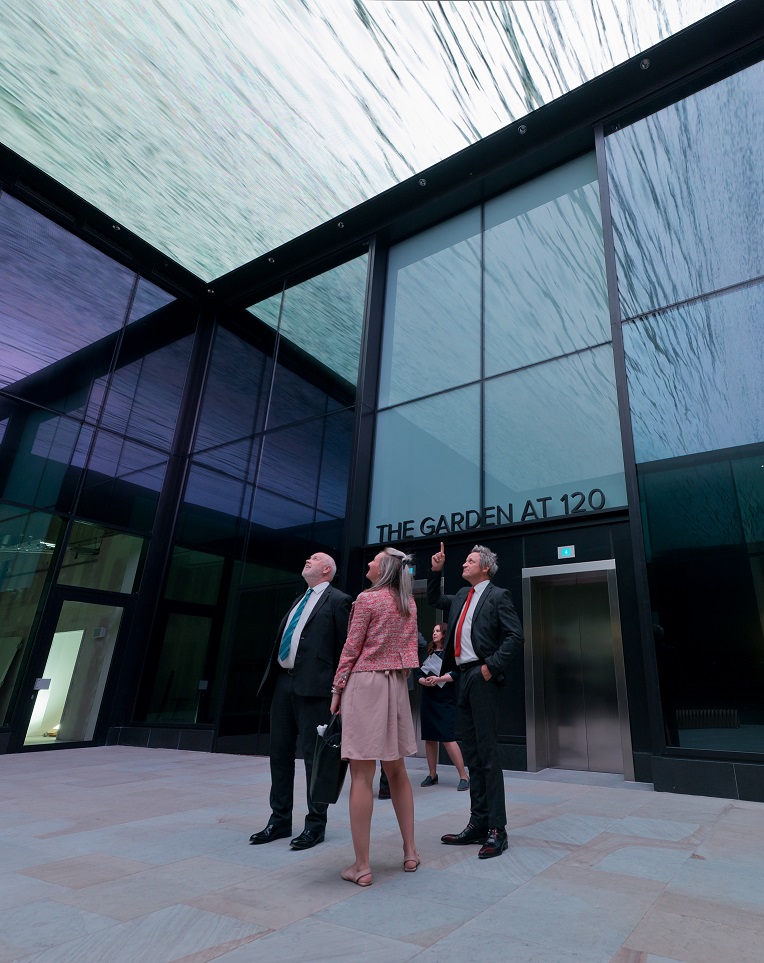 Due to its design, the ceiling used LED displays of custom resolution: 2680 x 840 at 30Hz. CORIOmaster is one of the few processors on the market with the ability to add custom resolutions to work with the displays in the desired format. CORIOmaster mini is exceptionally compact, in a 1RU chassis, yet supports multiple windows that can be resized, added, removed and rotated dynamically on the wall. The C3-510 on this project benefits from two HDMI 4K30/60 input modules and three HDMI 4K30 scaling output modules.

The client’s requirements for delivering live video, from the rooftop, as well as pre-made artistic media, meant we needed a simple solution that would run with little client intervention.  tvONE’s CORIOmaster configures the output resolution and aspect ratio required for the LED display, scaling the content to ensure impeccable quality.

Alan Greenfield, Regional Sales Manager, UK, at tvONE commented, “We are excited to be working with a creative team delivering an unusual concept and creating a result that can only be described as breath-taking. This spectacular project fully exercised the flexibility and performance of CORIOmaster.”

Designed by Eric Parry Architects, Fen Court is the first Generali Real Estate development in London. The ambition was to create a 15-story building that sits harmoniously with its surroundings yet stand proudly as an icon with its own sense of place. Sysco was invited to generate designs that envisaged the client’s innovative vision yet comply with structural constraints and building regulations. Following thorough research and investigation, they presented the LED ceiling as the preferred option due to its high brightness, design flexibility and capacity to be suspended face down from a height of 9.5m.

The dialogue between London and Fen Court is complemented through a video piece by artists Vong Phaophanit and Claire Oboussier. Titled ‘The Call of Things’, London’s great parks and waterscapes are depicted through four tableaux each focusing on the intersection between seasons. The LED screen will present this artistic piece throughout the day, working on a continuous loop between the live media and the artistic content. Summing up the artistic ceiling, Tina Paillet of Generali Real Estate, concluded, “I think it’s gone beyond our expectations, simply because it has a wow factor that we were hoping for but we didn’t dare dream of."