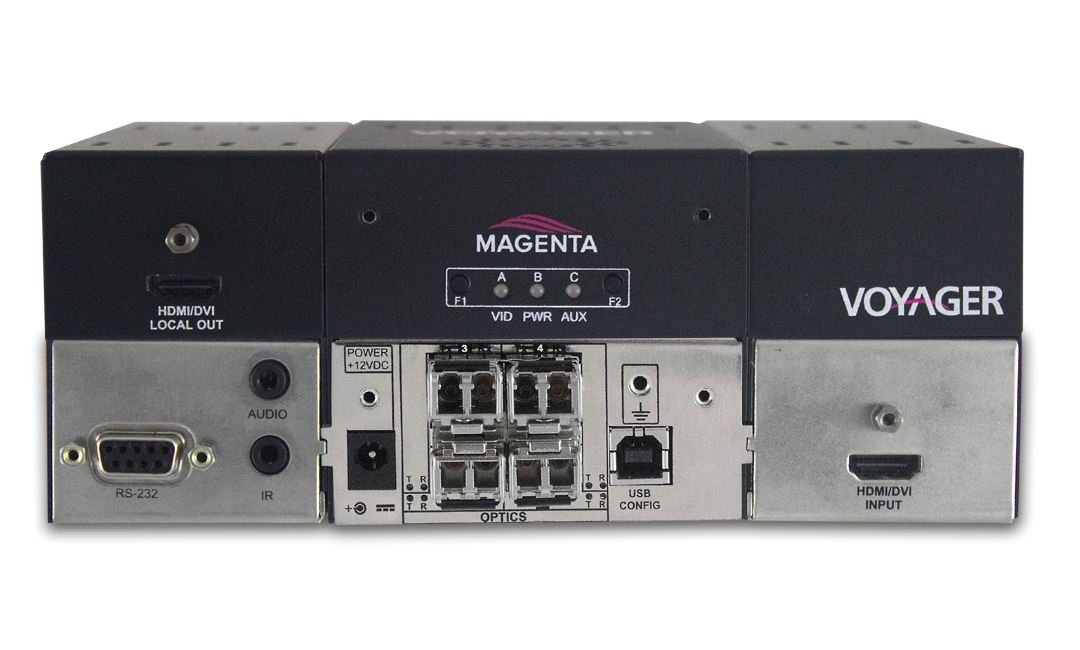 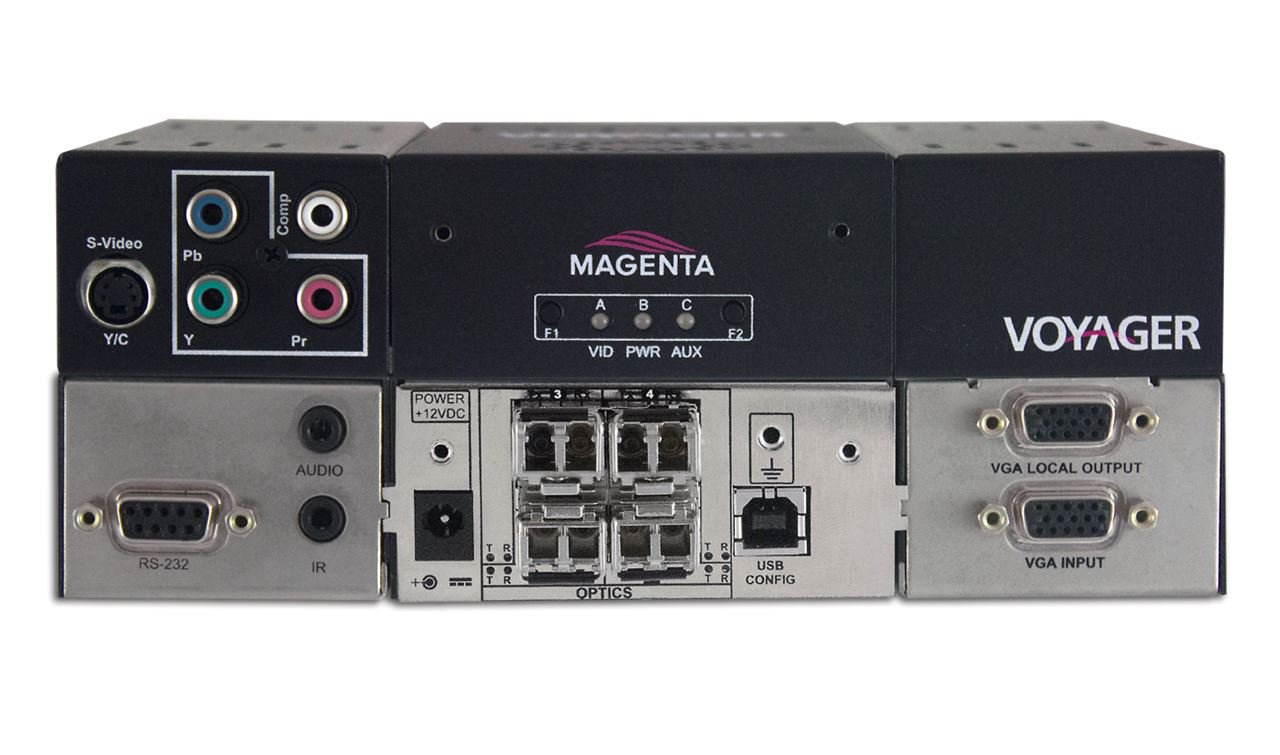 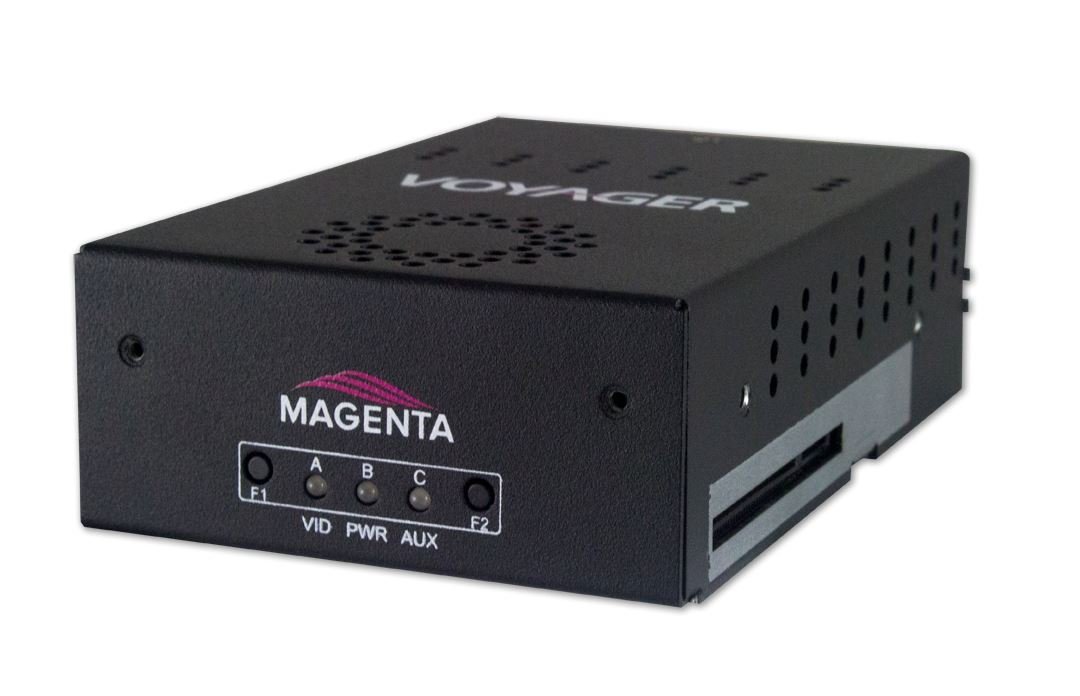 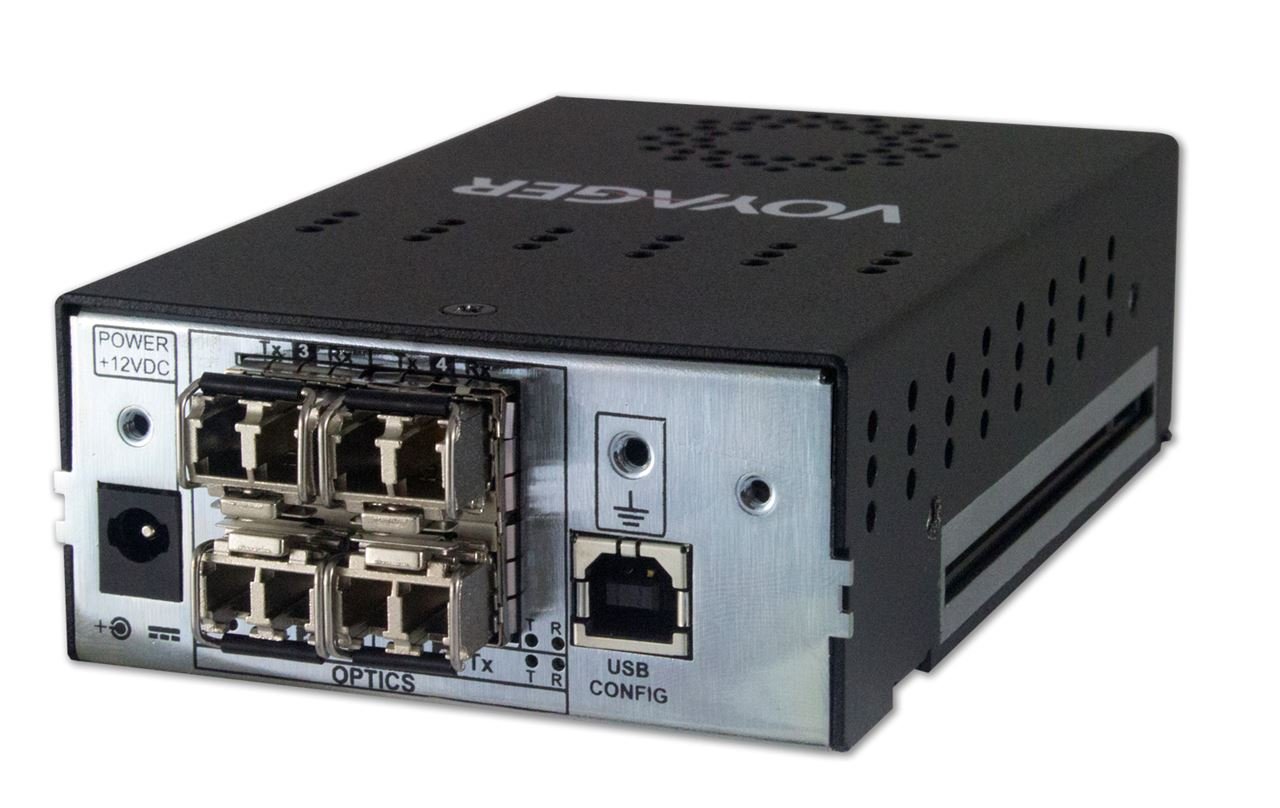 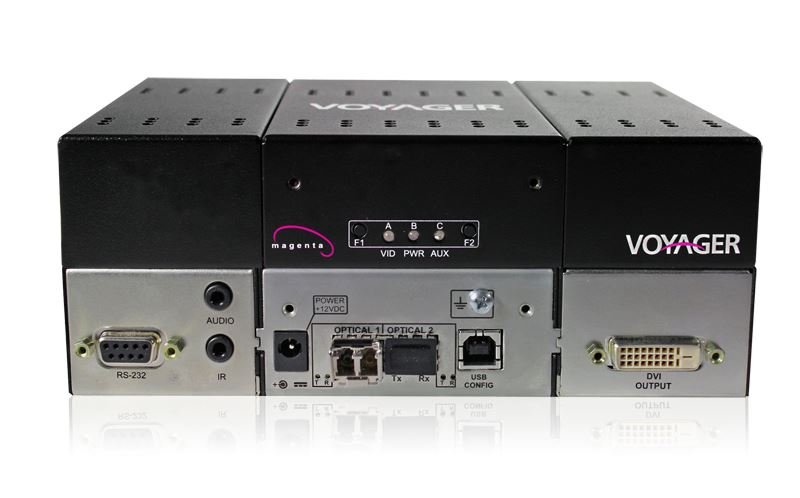 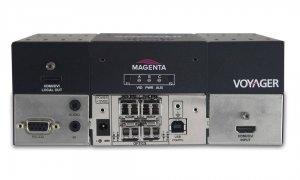 Voyager HDMI/DVI receivers are available in two-port (VG-RX2-MM-HDMI) and four-port (VG-RX4-MM-HDMI) iterations, and accept video from any Voyager transmitter (HDMI, DVI, VGA or component). HDCP-protected video is supported and these receivers are rated for 1920x1200 uncompressed video signals, to distances of 6,600 feet over multimode fiber.

One multimode fiber-optic module is included with each unit. Additional modules can be ordered to daisy-chain Voyager receivers (increasing distribution options). Up to 10 (or more, depending on distance and the specific type of fiber being used) Voyager receivers can ultimately be daisy-chained together.

When using an HDMI source, embedded HDMI audio is also sent through the Voyager transmitter to the receiver and outputted to a display via a HDMI connector.

The new Voyager HDMI-SRx module can be used with both two and four-port cores. This module takes video from any Voyager transmitter and outputs one of 29 different stored  video resolutions. A 30th resolution can be custom configured by the user. When operating in its default mode, and connected with a display, the SRx scaling receiver will automatically read EDID information and configure itself in order to output the screen’s preferred resolution.

A power supply is also included.

Key Features of the VG-Modular Receivers