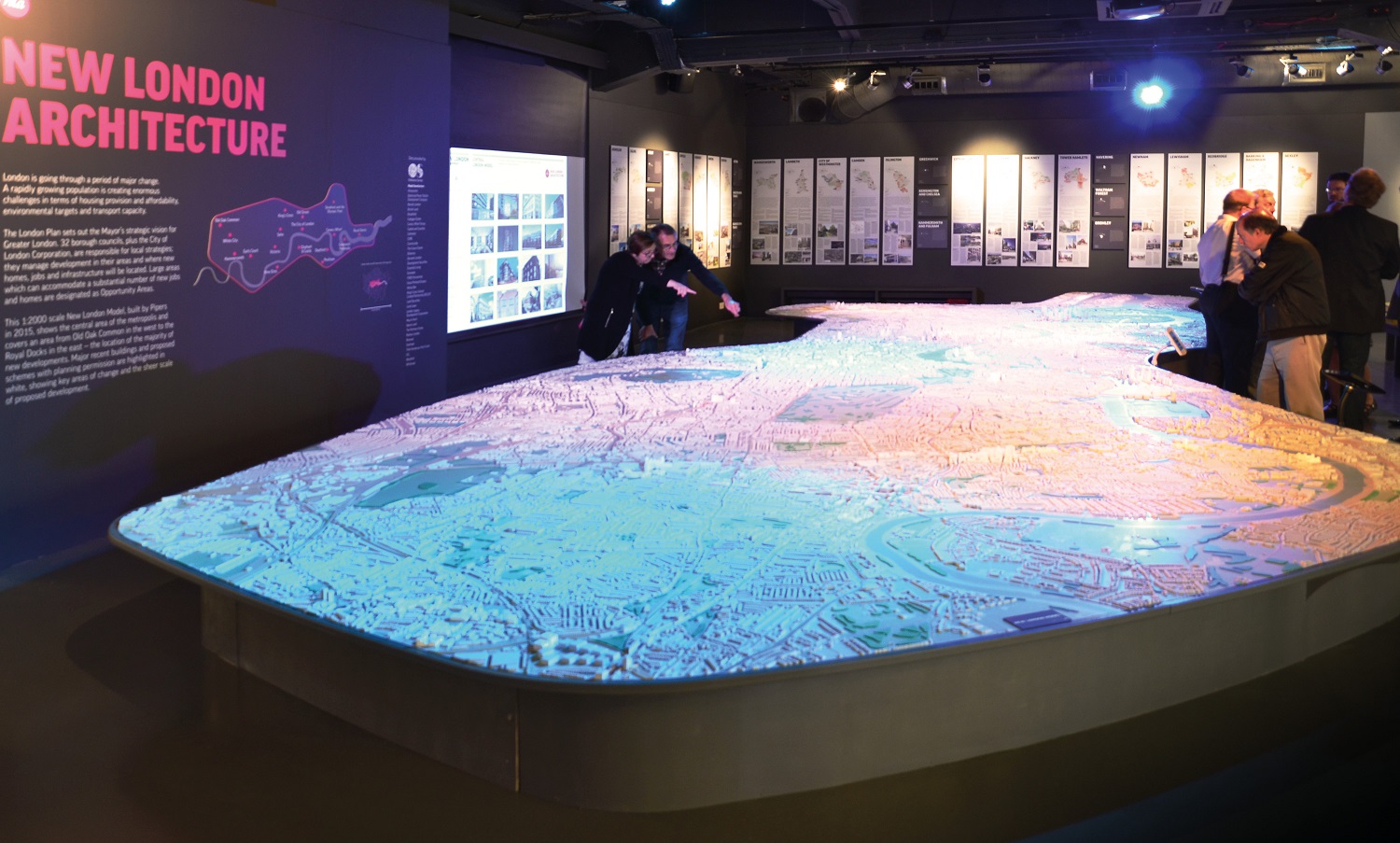 Model makers, Pipers were appointed to construct the model for this ambitious project and AV experts, GHA Group, oversaw the projection system, installing eight Optoma ProScene EH505 projectors with short throw lenses to project down onto the model and a tvONE CORIOmaster Mini C3-510 to blend the output from these projectors.

NLA wanted to build a huge model of London that showed its iconic skyline, revealed the capital's planned developments and demonstrated graphically how the city has changed over the last two millennia. An existing app on their website was to be used as the basis for an interactive feature on the model allowing visitors to search and see planned developments across the city.

The tvONE CORIOmaster Mini video wall processor provided eight outputs connected to the projectors to create the video scaling and the edge blend and make one, large, seamless image. Optoma's EH505 had the flexibility to install in either orientation and had the multiple lens options including the off-axis short throw lens.

Andy Ince, Chief Engineer at GHA, said: "The overlap on the edge blends is incredibly small, leaving no room for error. We planned the projection out on CAD before installing the projectors and knew how challenging it would be to cover the whole model with eight projectors."

The New London Model is the flagship exhibition at NLA Galleries and on the hour, every hour, a series of five films are shown on the main screen and these are synchronised with projection onto the model. For example, as the film talks about the growth of the underground lines or the spread of the Great Fire of London in 1666, these are shown snaking and unfurling across the model. When the film is not running the central interactive iPad allows visitors to search developments across the city. The projection on the central screen mirrors this device for all visitors to see the results. The geographic locations of the developments shown on the iPad and screen are projected onto the model.

We've probably done more of these projects than anyone, but this was an exceptionally challenging installation because of the need to cover such a large model from a low height with a limited number of projectors. Without the flexibility of the CORIOmaster technology and the short throw performance of the Optoma projectors, we wouldn't have been successful.